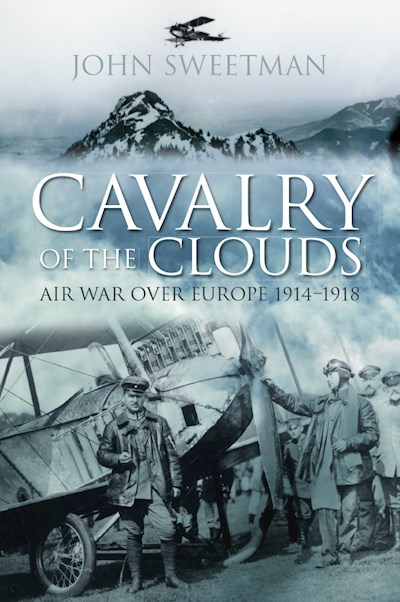 In 1917, David Lloyd George declared that airmen were ‘the cavalry of the clouds ... the knighthood of this war’. But such a romantic image, lavishly embroidered post-war by writers of adventure stories and Hollywood film makers, was roundly condemned by British veteran Harold Balfour and German ace Manfred von Richthofen. Both were aware of the harsh and deadly reality of aerial warfare and the impact of mounting casualties on families at home. For the first time, bombing raids hit civilians in their own houses as well. In Cavalry of the Clouds John Sweetman traces the evolution of air power in North-West Europe, which culminated in the formation of a separate air force, the RAF. Extensively researched, Cavalry of the Clouds draws on a wide range of personal correspondence involving British, Australian, Canadian, South African, American and German airmen, as well as a wealth of more formal records and documents.