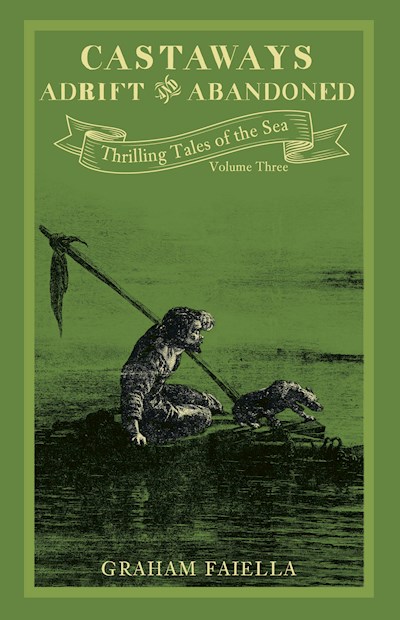 Seafaring before the twentieth century bristled with peril.

The safe haven of your vessel might be destroyed by tempest or misadventure, your security scuttled. When you were cast away with only the resources of pluck, stamina, hope – and luck. Where you might end up on the expanse of endless sea facing the prospect of imminent dehydrated, starving death. Or on a safe but potentially forbidding – yet occasionally lush – outcrop of an isolated shore, amongst which perils abounded accounts of courage and companionship.

These are narratives of castaways abandoned to fend for themselves, and the ordeals they endured and survived and in remembrance of the seafarers who did not.