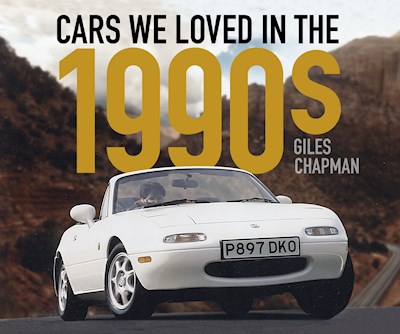 The 1980s car era had been brash and loud – but the 1990s that followed was markedly more sober, stylish and sophisticated. A period when safety and durability improved… even though insurance hikes, speed cameras and the introduction of the separate theory test made driving more of a challenge. Britpop bands battled in the charts, as CD players became the ultimate in-car accessory. In the latest addition to this classic series, Giles Chapman investigates the newly nostalgic motoring decade of the 1990s, looking back in entertaining style over the induction of such memorable icons as the Peugeot 106 and 206, Fiat Punto, Jaguar XJ, Toyota RAV4, Subaru Impreza Turbo, Audi TT, TVR Chimaera and Ford Focus MkI.