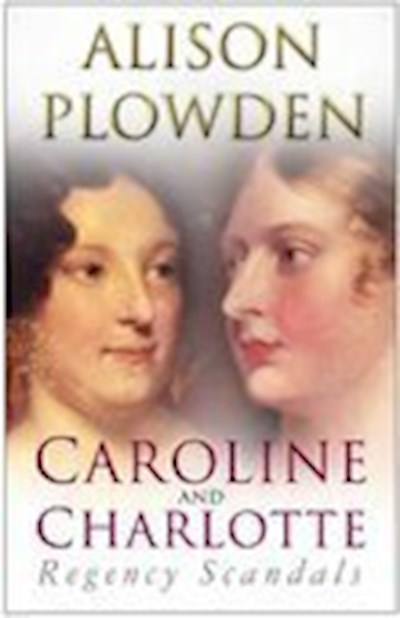 Caroline of Brunswick, wife of George Prince of Wales and Prince Regent, and her daughter, Princess Charlotte, lived out their lives surrounded by a cast of characters who might have been lifted straight from the pages of some Gothic novel. Theirs was a saga of passion and pathos, tragedy and black comedy, feuding and fighting - all set in Regency England against a backdrop of Europe in turmoil. The marriage of the Prince of Wales - renowned for his intemperance, hedonism and plain ordinary selfishness - to his cousin Caroline of Brunswick in 1795 was a preordained disaster. The groom is said to have called for brandy when he first laid eyes on the bride, while the bride was later to swear that the groom spent most of their wedding night lying in the grate in a drunken stupor. Brought together for reasons of financial and dynastic expediencey, the couple split up within a year of the birth of their daughter, Charlotte Augusta in 1796. The colourful story of these two fiercely dependent and ultimately tragic women is brilliantly told by Alison Plowden, tapping into a wealth of contemporary correspondence, journals, memoirs and contemporary press reportage. 'Caroline & Charlotte' constitutes a real-life Regency romance which makes gripping and poignant reading.