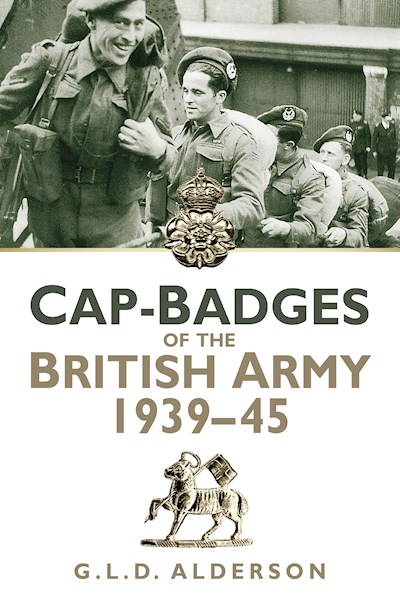 The regiments of the British Army have always set great store by their cap-badges which, in miniature, encapsulated the history and traditions of the units that wore them. They were worn with pride by the County Regiments (which formed the bulk of the infantry) throughout the two world wars. While of relatively recent origin, the cap-badge absorbed a far older territorial allegiance, which can almost be traced back to tribal loyalty before the Norman Conquest and which has been reinforced down the ages. This book presents the reader with a comprehensive collection of capbadges through the years of the Second World War. Every cap-badge is clearly illustrated with pictures from the author’s own private collection of badges and comes complete with written descriptions. The fascinating histories behind the conjoining of the various units are also included. A regimental index makes it simple to find specific badges quickly. Cap-badges of the British Army 1939–45 successfully removes the confusion surrounding the wearing of cap-badges by British Army formations during the Second World War whilst enabling people to access this information in complete form for the first time. Essential reading for those with a personal or professional interest in the Second World War.