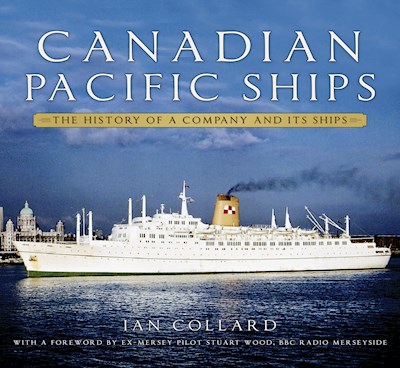 In 1873 a company was formed to construct the first railway across Canada. It soon branched out into shipping, chartering ships from the Cunard Line for service between Vancouver, Yokohama, Shanghai and Hong Kong. In 1889 Canadian Pacific would be awarded the mail contract for the service across the Pacific and, by 1903, they would purchase Elder Dempster & Company and begin sailing from Liverpool to Quebec and Montreal.

They obtained control of the Atlantic, rail and Pacific routes, and later interest in the Canadian–Australasian Line, becoming ‘the world’s greatest transportation system’, bridging two oceans and linking four continents. Canada’s largest operator of Atlantic and Pacific steamships until after the Second World War, CP Ships boasted such names as Empress of Britain, Empress of Ireland and Empress of Canada. This new history of the shipping side of Canadian Pacific includes a wealth of illustrations and a detailed fleet list that will enthral maritime enthusiasts. 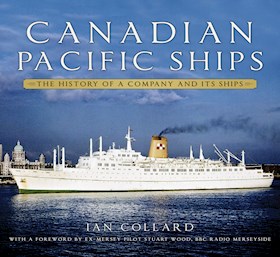