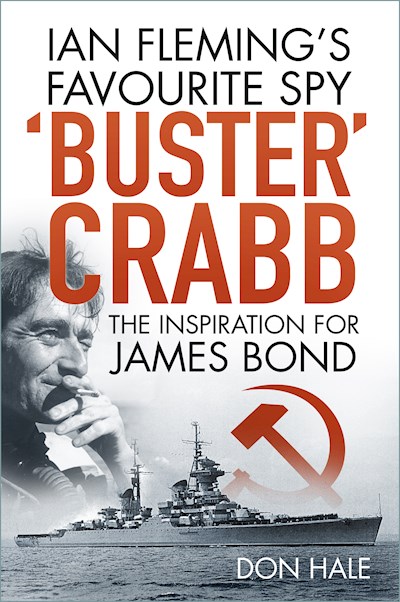 LIONEL ‘BUSTER’ CRABB was a drinker, a gambler, a womaniser and a lover of fast cars and gadgets. On top of all that, he was a spy, an acquaintance of Ian Fleming and the inspiration for James Bond. A British naval frogman and bomb disposal expert, Crabb worked directly under Fleming during the Second World War at Naval Intelligence and went on to conduct covert operations for both SIS and MI5. Elements from Crabb’s dangerous missions and eccentric lifestyle were later incorporated into Fleming’s novels. His inventions sparked the role of Q; Miss Moneypenny was based on Crabb’s aunt, Kitty Jarvis; and his underwater battle with enemy divers became a crucial scene in Thunderball. During a secret drive beneath a Russian warship in 1957, Crabb disappeared without a trace. One year later, a decapitated and handless body was found, sparking a major row between the government, the secret services and the Admiralty that still smoulders today.