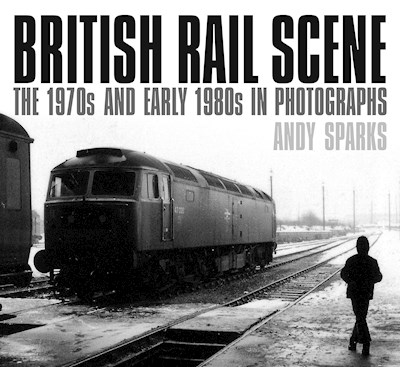 Taking railway photographs and capturing an age of impressive locomotives and atmospheric stations is a pastime that the age of steam passed down through generations, even after its own decline in favour of diesel and electric traction. It was certainly one that avid teenage trainspotter Andy Sparks sought to take up, emulating the work of prized 1960s railway photographer Colin T. Gifford. But by the 1970s, when Andy’s camera was at the ready and after Beeching’s axe had come down on the British railway network, modernisation and rationalisation were rapidly sweeping away the vestiges of the previous age, and dereliction and decay intertwined much of what could be seen. Desperate to capture the scene, Andy took thousands of photographs from 1972 until the early 1980s, and his images beautifully convey the nostalgic, gritty years of that era of change on Britain’s railways. From his lens to the pages of this book, this is a unique look at an oft-overlooked period of British railway history.