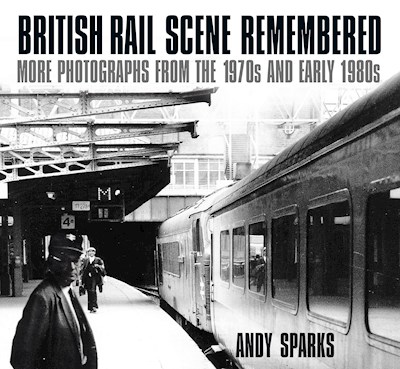 From 1972 onwards, Andy Sparks sought to capture the different scenes unfolding on the railways of Britain. With his camera at the ready, he travelled wherever and whenever he could, amassing an impressive portfolio of over 1,000 images. The 1970s and ’80s was truly an era of change, of decay and dereliction gradually giving way to the onset of new order and organisation. British Rail Scene Remembered recreates the atmosphere of this gritty and distinct period, documenting the people, infrastructure, activities, trains and locomotives of this time.