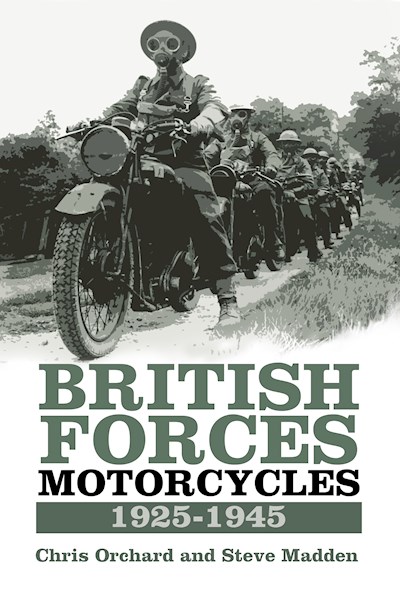 Perhaps the most far-reaching of the many changes wrought on the military by the First World War was the mechanisation of the armed services. After many centuries of use by the Army for patrols and communications, the trusty horse was finally supplanted by the newfangled motorcycle. This process of mechanisation gathered pace during the interwar years and in particular for the military motorcycle between 1925 and 1939. By the outbreak of the Second World War the motorcycle had become an important part of the military inventory and was deemed ‘suitable for WD (War Department) requirements’. When it was first published in 1995, this fully illustrated book was unique in looking at all military motorcycles of British origin known to have been tested mainly by the Mechanical Warfare Experimental Establishment (later called the Mechanisation Experimental Establishment). This edition is fully revised and updated and includes three new chapters, covering standard parts, bike markings and paint schemes.