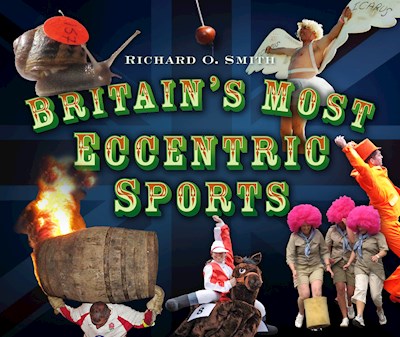 Britain is a nation of good sports - literally, it turns out, given our country’s wonderful array of eccentric and bizarrely inventive pastimes. Yes, we know New Zealand are good at rugby, Brazil at football, while Australia and South Africa were countries specifically created for people who take sport far too seriously, but have those sporty nations ever produced a World Champion Pie Eater (OK, Shane Warne notwithstanding)? Has Brazil provided a F1 Pram Racing world champ? Has an Aussie won the World Nettle Eating Championship? A New Zealander tossed his way to Haggis Hurling domination? I can’t hear you Johnny Foreigner, and I’m choosing to interpret your silence as a ‘no’. Because the truth is, ladies and gentlemen of this great, mighty and resilient sporting land we call both Britain and home, we have provided year after year, true world champions in cheese rolling, competitive ploughing, medieval football re-enactment and pram racing. We may not have produced a Wimbledon Champion since the . . . er . . . the Wars of the Roses, but put down your Jules Rimet trophy Brazil, hand back your Rugby World Cup South Africa, and pick up your flonking stick - it’s time to learn about the sports that really matter . .

When West Ham Went to the Dogs