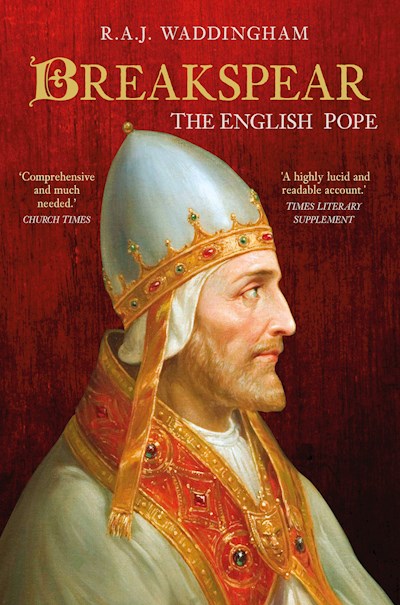 In over 2,000 years of Christianity, there has been only one pope from England: Nicholas Breakspear.

Breakspear was elected pope in 1154, but his story started long before that. The son of a local churchman near St Albans, he would battle his way across Europe to defend and develop Christianity, facing war in Scandinavia and the Moors in the Iberian Peninsula. But it was after he took the throne of St Peter as Adrian IV that he would face his greatest threat: Frederick Barbarossa, who was determined to restore the Holy Roman Empire to its former greatness.

In Breakspear: The English Pope, R.A.J. Waddingham opens the archives to tell the story of a man who rose from humble beginnings to glorious power – and yet has been all but forgotten ever since.