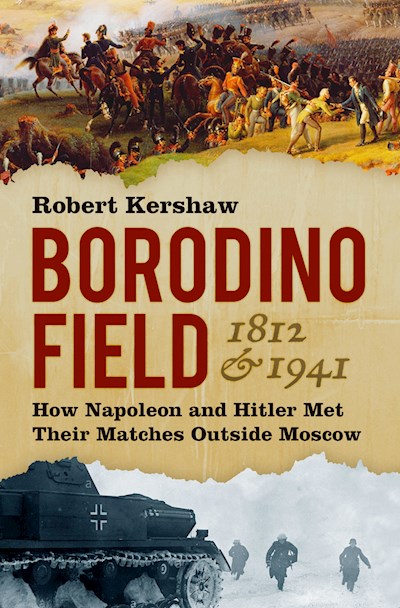 The Battle of Borodino resonates with the patriotic soul of Mother Russia. The epic confrontation in September 1812 was the single bloodiest day of the Napoleonic Wars, leaving France’s Grande Armée limping to the gates of Moscow and on to catastrophe in snow and ice. Generations later, in October 1941, an equally bitter battle was fought at Borodino. This time Hitler’s SS and Panzers came up against elite Siberian troops defending Stalin’s Moscow. Remarkably, both conflicts took place in the same woods and gullies that follow the sinuous line of the Koloch River. Borodino Field relates the gruelling experience of the French army in Russia, juxtaposed with the personal accounts, diaries and letters of SS and Panzer soldiers during the Second World War. Acclaimed historian Robert Kershaw draws on previously untapped archives to narrate the odyssey of soldiers who marched along identical tracks and roads on the 1,000-kilometre route to Moscow, and reveals the astonishing parallels and contrasts between two battles fought on Russian terrain over 100 years apart.