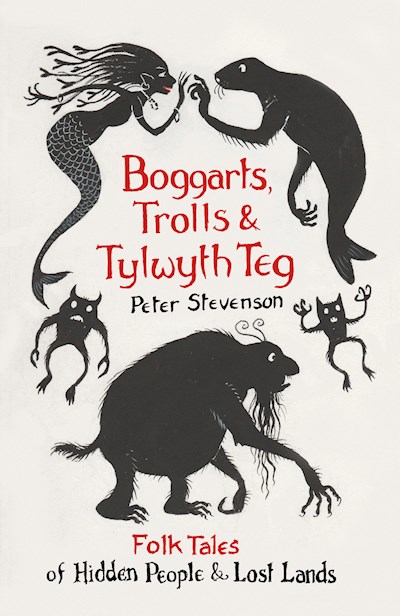 The Grimms called them 'The Quiet Folk'; in Iceland they are 'The Hidden People' and in Wales 'Y Tylwyth Teg'. Almost every culture and country has stories of the little people who live unseen, high in the mountains, deep in ancient forests, or out to sea, shrouded from our eyes like the utopian world of Plant Rhys Ddwfn off the west Welsh coast. They have their own morals and languages, they can seduce and enchant, they are mischief personified, yet they can show kindness when they want to. In Ireland they inhabit fairy forts, the Maori call them Patupaiarehe, in Cherokee they are yunwi tsundi, in Scotland they haunt the ballad of Tamlin, in Japan they are yosei. There are tenre are yumboes in Senegal, trolls in Scandinavia and elves in Germany, where one was named 'Rumpelstiltskin'. They are no flittery gossamer-winged sprites,;they move around like migrants, these glamorous illusionists of the Otherworld.

Folk Tales from The Garden