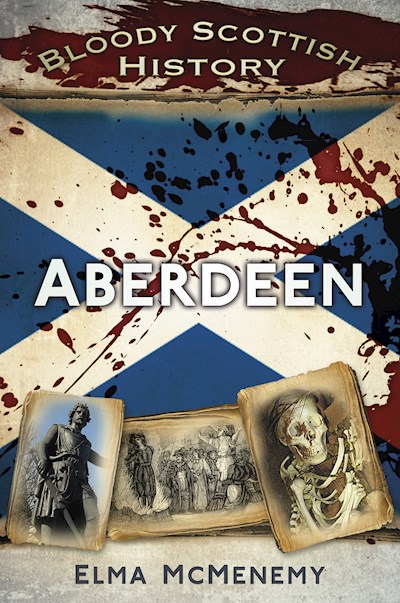 Aberdeen has been inhabited for 8,000 years, since the first Hunter-Gatherers settled on the banks of the River Dee. 4,000 years later, Bronze Age peoples left their mark on the landscape by constructing a huge number of recumbent stone circles, once thought to be places of sacrifice. Invaders including Celts, Romans and Vikings met violent, bloody resistance, and the victorious Roman army left thousands of Caledonian corpses for the crows following the Battle of Mons Graupius. From the slaughter of Aberdeen Castle’s English garrison (part of a citizens’ uprising in support of Robert the Bruce) to all-out assaults on the city by Kings, Royalists and Nazis, no century has left the city unmarked. Plague, wars, clan feuds, murderers, witches, covenanters and slavers – all have stained the silver city red with blood!