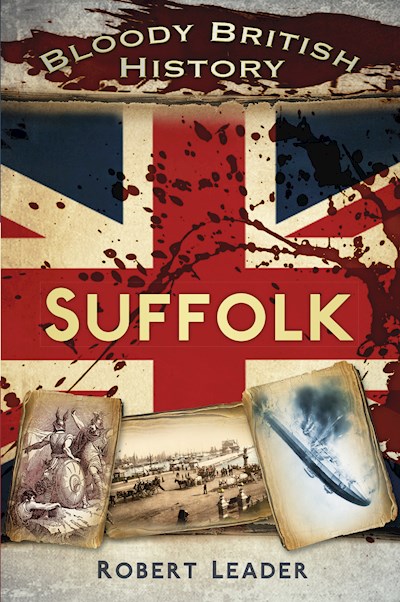 Death, Danes and disaster in Dark Age Ipswich! The castles are burning! Attacks, rebellions, battles and wars in ancient Suffolk! Queen of Blood and Fire! The dark days of Bloody Mary revealed! Sea of blood! Smugglers, sea battles, U-Boats and invasions along the Suffolk coast! The Zeppelins are coming! Bombs and bodies in the First World War! Suffolk has one of the most amazing histories of any British county. Betrayals, conspiracies and invasions have left their mark on this eastern frontier. Discover how vicious power struggles between the Danes and the Vikings shaped the history of not just the county, but the United Kingdom as a whole. Read of the troublesome Bigod dynasty, the Suffolk city under the sea and the strange story of the thousands of burnt corpses that washed up on the county’s beaches during the Second World War. Discover the dark truth inside!