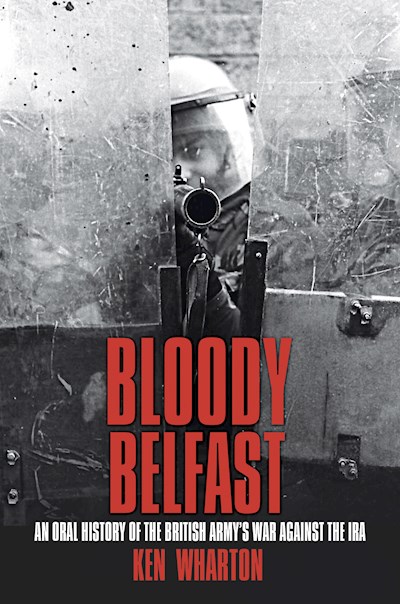 Former soldier Ken Wharton witnessed the Troubles in Northern Ireland for himself. Bloody Belfast is a fascinating oral history giving a chilling insight into the killing grounds of Belfast's streets. Wharton's work is base don first-hand accounts from the soldiers. The reader can walk the darkened, dangerous streets of the Lower Falls, the Divis Flats and New Lodge alongside the soldiers who braved the hate-filled mobs on the newer, but no-less violent, streets of the 'Murph, Turf Lodge and Andersontown. The author has interviewed UDR soldier Glen Espie who survived being shot by the IRA not once but twice, and an Army dog handler whose hound Moby tracked an IRA gunman fresh from the murder of a soldier to where he was sitting in a hot bath in the Turf Lodge, desperately trying to wash away the forensic evidence. Wharton's reputation for honesty established from previous works has encouraged more soldiers of Britain's forgotten army to come forward to tell their stories of 'Bloody Belfast'. The book tells the truth about a conflict which has sometimes been underplayed by the Establishment.