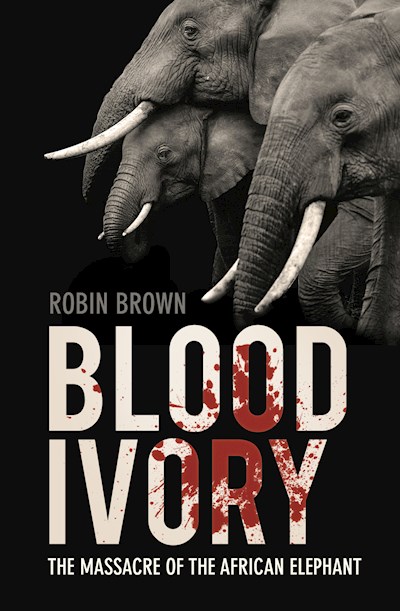 It is more than a thousand years since the exploitation of the elephant began. Alexander the Great used them, Hannibal took them over the Alps, and Kublai Khan encountered them in India. However, it is only the last hundred years that the existence of the African elephant has been threatened. Once the 'Great White Hunters' with their special elephant guns arrived, elephants in the south of the continent were decimated. 'Blood Ivory' tells the story of how the professional hunting fraternity were the first to realise the threat to the elephant and how they kick-started the whole conservation movement. It is not a story with a happy ending as a history of the conservation movement is essentially a tale of war - colonialists at war with traditional customs; newly-independent African countries at war with one another; poachers and smugglers at war with any kind of constraint; and international bodies fighting for the suppression of damaging information. Robin Brown paints a vivid picture of the impact of hunting on Africa's elephant population and the powerful personalities of those involved on both sides of the massacre - from Cecil Rhodes to Dennis Fitch-Hatton and Edward, Prince of Wales to David Sheldrick.