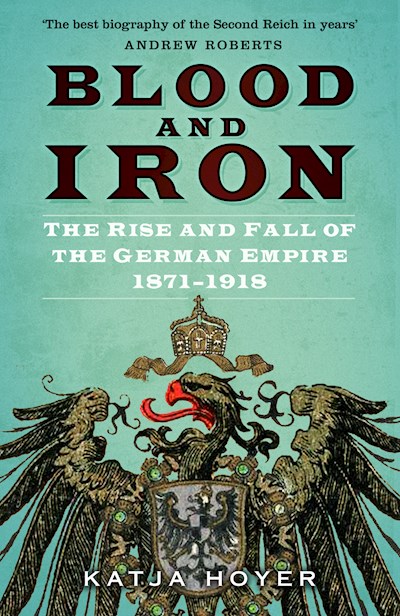 'Fluently written and convincingly argued, Blood and Iron is a brilliant account of an important period of history, and one that marks the arrival of a major new talent' Daily Telegraph

Before 1871, Germany was not yet a nation but simply an idea. Otto von Bismarck had a formidable task at hand. How would he bring thirty-nine individual states under the yoke of a single Kaiser, convincing proud Prussians, Bavarians and Rhinelanders to become Germans? Once united, could the young European nation wield enough power to rival the empires of Britain and France – all without destroying itself in the process?

In a unique study of five decades that changed the course of modern history, Katja Hoyer tells the story of the German Empire from its violent beginnings to its calamitous defeat in the First World War. This often-startling narrative is a dramatic tale of national self-discovery, social upheaval and realpolitik that ended, as it started, in blood and iron.