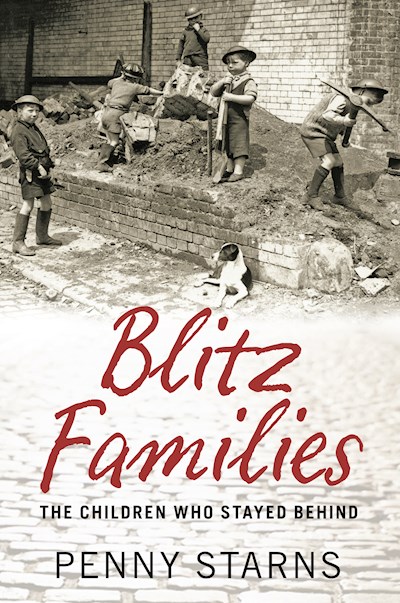 The mass evacuation of children and new and expectant mothers during the Second World War is well documented. But over fifty per cent of children were not evacuated during the War, and it is these young people who offer an unrivalled view of what life was like during the bombing raids in Britain’s cities. In Blitz Families Penny Starns takes a new look at the children whose parents refused to bow to official pressure and kept their beloved children with them throughout the War. As she documents family after family which made this difficult decision, she uncovers tales of the deprivation, criminality and disease of life in the city and, conversely, the surprising relative emotional and physical wellbeing of those who lived through the Blitz compared to their evacuee counterparts. Because of their unique position at the heart of the action, these forgotten children offer us a priceless insight into the true grit and reality of the Blitz.