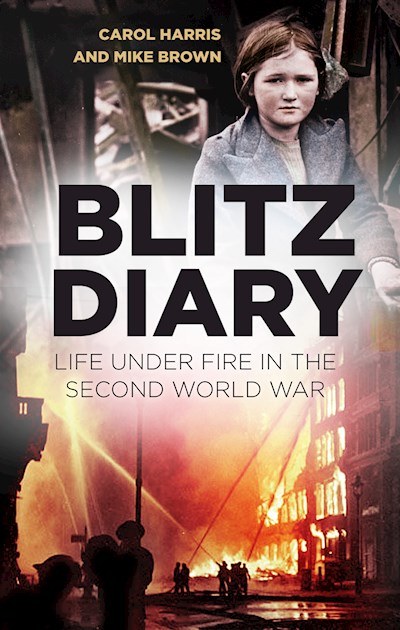 During the 1930s, war with Germany became increasingly likely. The British Government believed that it would start with massed ranks of enemy planes, dropping bombs and poison gas on civilians in major towns and cities, terrifying them into surrendering. When war broke out, preparations to protect the population were piecemeal and inadequate. As anticipated, people were shocked by the first raids and the response of rescue services was chaotic. But far from breaking morale, the Blitz galvanised public opinion in support of the war. Soon people became hardened by their experiences and attacks from the air became a normal, albeit terrible, part of daily life. Blitz Diary tells the story in a remarkable series of eyewitness accounts from the war’s earliest and darkest days through to the end, when the V-2 rockets brought devastation without warning. Preservation of such first-hand accounts has become increasingly important as the Blitz fades from living memory. This expanded edition includes new chapters and new accounts from key eyewitnesses.