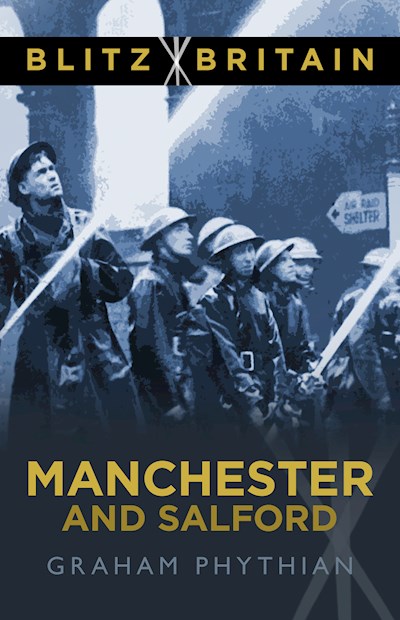 In 1940, the Manchester and Salford Blitz saw the city and its surroundings targeted by the German Luftwaffe. The most destructive attack was launched in late December 1940; it is remembered today as ‘the Christmas Blitz’. Nearly 800 people lost their lives, and thousands more were injured, in two nights of raids ending with a devastating Christmas Eve that saw hundreds of tons of high explosive and thousands of incendiaries fall. Attacks continued into 1941 and beyond, and landmarks such as the cathedral, the Free Trade Hall, the Royal Infirmary and the Royal Exchange were all to suffer. At Old Trafford, too, a bomb wrecked the pitch and demolished the stands. This 75th anniversary narrative, based on first-hand accounts and extensive research, tells the story of how the people of Manchester, Salford, Trafford Park and Stretford endured this dark period in their history – a tale of courage, sacrifice, loss and the unconquerable power of the human spirit. Richly illustrated with contemporary photographs and documents, some of which have never been published before, this book is a valuable addition to the history of Manchester and Salford.