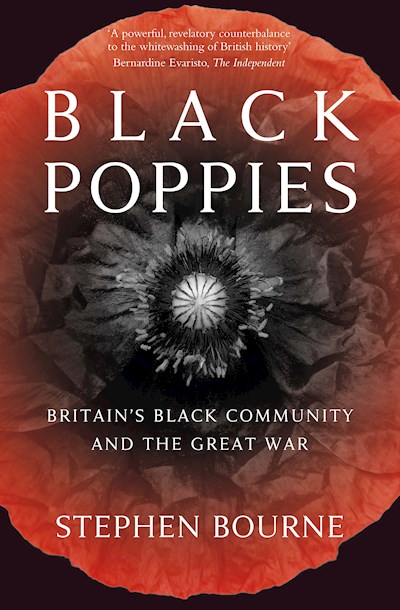 'A powerful, revelatory counterbalance to the whitewashing of British history' Bernardine Evaristo, Booker Prize-winning author of Girl, Woman, Other

In this updated edition of his acclaimed study of the black presence in Britain during the First World War, Stephen Bourne illuminates fascinating stories of black servicemen of African heritage. These accounts of the fights for their 'Mother Country' are charted from the outbreak of war in 1914 to the conflict's aftermath in 1919, when black communities up and down Great Britain were faced with anti-black 'race riots' despite their dedicated services to their country at home and abroad.
With unprecedented access to the wartime personal correspondence of the Jamaican siblings Vera, Norman and Douglas Manley, Bourne helps bring to light the day-to-day trials, tribulations and tragedies of life on the battlefield. The stories of servicemen like Arthur Roberts - Scotland's Black Tommy - and Trinidadian soldier and campaigner George A. Roberts sit alongside the experiences of people of African descent at home during the First World War.
These include a black police officer, munitions factory workers and even stars of the stage like Cassie Walmer. Informative and accessible, with first-hand accounts and original photographs, Black Poppies is the essential guide to the military and civilian wartime experiences of black men and women, from the trenches to the music halls.
show more books