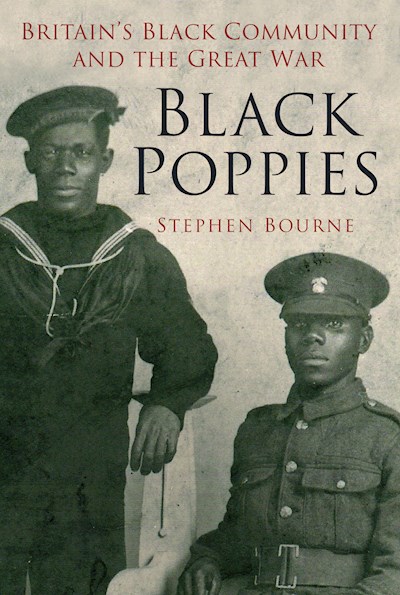 In 1914 Britain was home to at least 10,000 black Britons, many of African and West Indian heritage. Most of them were loyal to the ‘mother country’ when the First World War broke out. Despite being discouraged from serving in the British Army, men managed to join all branches of the forces, while black communities contributed to the war effort on the home front. By 1918 it is estimated that Britain’s black population had trebled to 30,000, as many black servicemen who had fought for Britain decided to make it their home. It was far from a happy ending, however, as they and their families often came under attack from white ex-servicemen and civilians increasingly resentful of their presence. With first-hand accounts and original photographs, Black Poppies is the essential guide to the military and civilian wartime experiences of black men and women, from the trenches to the music halls. It is intended as a companion to Stephen Bourne’s previous books published by The History Press: Mother Country: Britain’s Black Community on the Home Front 1939–45 and The Motherland Calls: Britain’s Black Servicemen and Women 1939–45.