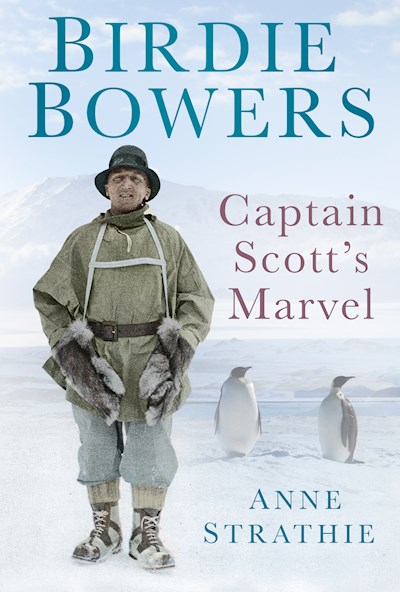 Henry ‘Birdie’ Bowers realised his life’s ambition when he was selected for Captain Scott’s Terra Nova expedition to the Antarctic, yet he also met his death on the journey. Born to a sea-faring father and adventurous mother on the Firth of Clyde, Bowers’ boyhood obsession with travel and adventure took him round the world several times and his life appears, with hindsight, to have been a ceaseless preparation for his ultimate, Antarctic challenge. Although just 5ft 4in, he was a bundle of energy; knowledgeable, indefatigable and the ultimate team player. In Scott’s words, he was ‘a marvel’. This new biography, drawing on Bowers’ letters, journals and previously neglected material, sheds new light on Bowers and tells the full story of the hardy naval officer who could always lift his companions’ spirits.