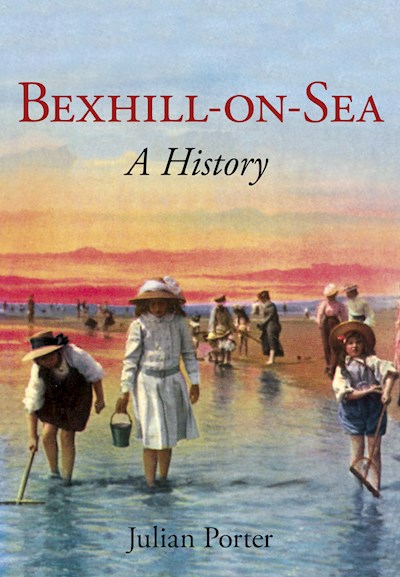 Bexhill-on-Sea has a long and eventful history, yet the fascinating past of this remarkable town is not as well known as it deserves to be. This is probably because its major development occurrred very rapidly at the end of the 19th century – whereby it became the youngest borough in Sussex at its incorporation in 1902 – drawing attention away from its ancient origins and deep roots. In this book the author traces Bexhill’s entire story, from the earliest archaeological and geological evidence through its first documentary mention in ad 772, its relative importance as a Domesday manor with two churches, and long periods of land ownership by the bishops of Chichester, the dukes of Dorset and finally the earls De La Warr. He uses previously unpublished paintings, drawings and photographs from the rich archives of Bexhill Museum lavishly to illustrate the events and developments explored and explained in his entertaining narrative. Despite its antiquity, Bexhill was still only a small village clustered around the Saxon church on the hill, today known as ‘Old Town’ until the Napoleonic wars made it into a garrison town with the building of a depot and parade ground for 5,000 soldiers of the King’s German Legion. Though the railway came in 1846, it was not until the 1880s that the De La Warrs began to develop the town. By 1902 Bexhill attracted national attention by hosting Britain’s first ever motor car race. The story of its best known building, the internationally important De La Warr Pavilion, built in 1935, is told in detail, as are the town’s war years and its post-war changes. This very readable book will be warmly welcomed throughout the entire area..