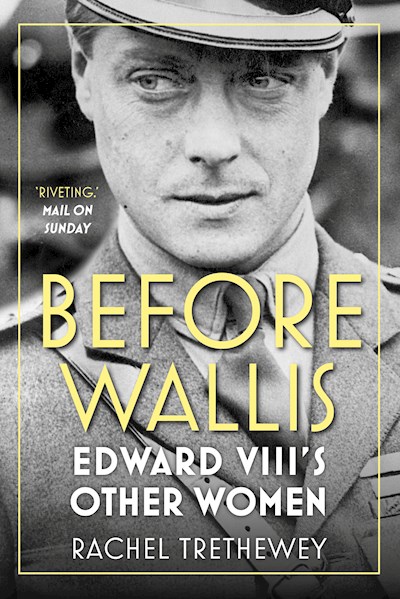 Wallis Simpson was the woman who stole the king’s heart and rocked the monarchy - but she was not Edward VIII’s first or only love. This book is about the women he adored before Wallis dominated his life. There was Rosemary Leveson Gower, the girl he wanted to marry and who would have made the perfect match for a future king; the Prince’s long-term mistress, Freda Dudley Ward, who exerted a pull almost equal to Wallis over her lover, but abided by the rules of the game and knew she would never marry him. Then there was Thelma Furness, his twice-married American lover, who enjoyed a domestic life with him, but realised it could not last forever and demanded nothing more than to be his mistress. In each love affair, Edward behaved like a cross between a little boy lost and a spoilt child. Each one of the three women in this book could have changed the course of history. In examining their lives and impact on the heir to the throne, we question whether he ever really wanted to be king.