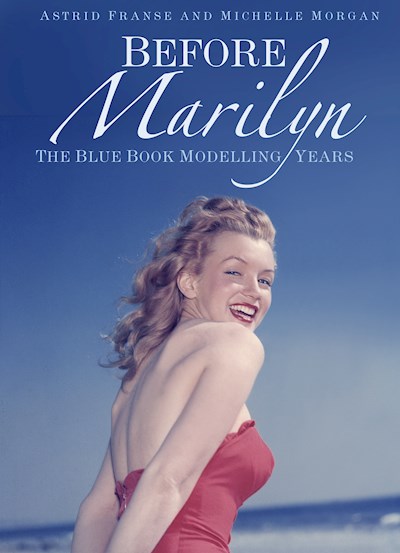 Before Marilyn tells the story of Marilyn Monroe’s modelling career, during which time she was signed to the famous Blue Book Agency in Hollywood. The head of the agency, Miss Emmeline Snively, saw potential in the young woman and kept detailed records and correspondence throughout their professional relationship and beyond. On the day of Monroe’s funeral, Snively gave an interview from her office, talking about the beautiful girl she had discovered and the talented woman she had become, before announcing, rather dramatically, that she was closing the lid on her Marilyn Monroe archive that day – to ‘lock it away forever’. Miss Snively’s archive was found by Astrid Franse in 2012. With bestselling Marilyn Monroe biographer Michelle Morgan she draws on this collection of never-before-seen documents, letters and much, much more. Before Marilyn explores an aspect of Monroe’s life that has never been fully revealed, by charting every modelling job she did alongside rare photographs of the young model and her mentor.