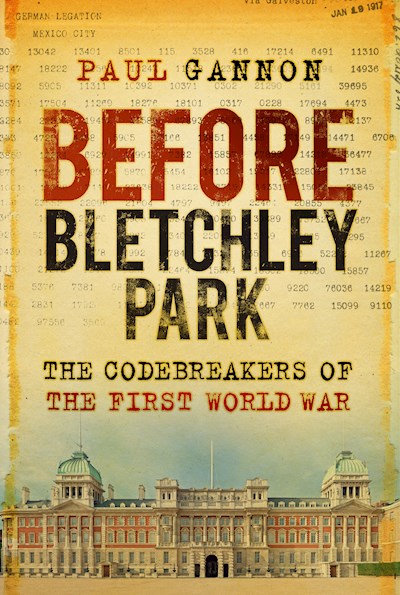 The story of Bletchley Park’s codebreaking operations in the Second World War is now well known, but its counterparts in the First World War – Room 40 & MI1(b) – remain in the shadows, despite their involvement in and influence on most of the major events of that war. From the First Battle of the Marne, the shelling of Scarborough, the battles of Jutland and the Somme in 1916, to the battles on the Western Front in 1918, the German naval mutiny and the Zimmermann Telegram, this cast of characters – several of them as eccentric as anyone from Bletchley Park in the Second World War – secretly guided the outcome of the ‘Great War’ from the confines of a few smoke-filled rooms. Using hundreds of intercepted and decrypted German military, naval and diplomatic messages, bestselling author Paul Gannon reveals the fascinating story of British codebreaking operations. By drawing on many newly discovered archival documents that challenge misleading stories about Room 40 & MI1(b), he reveals a sophisticated machine in operation.