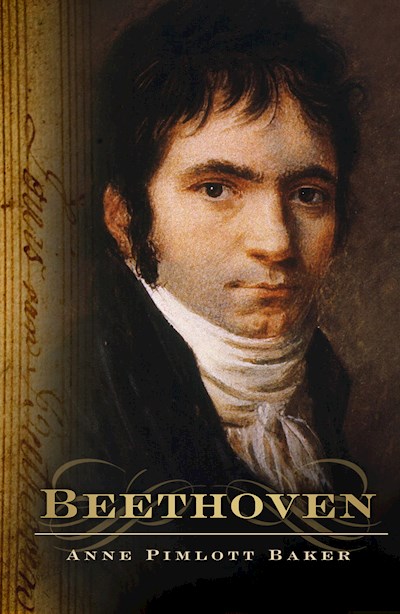 Considered by many the world’s greatest composer, Ludwig van Beethoven achieved his ambitions against the difficulties of a bullying and drunken father, growing deafness and mounting ill-health.

Here, Anne Pimlott Baker tells the story of the German composer’s life and work, from his birth in Bonn in 1770 and his early employment as a court musician, to his death in Vienna in 1827. She describes his studies with Haydn in Vienna and his work during the French Revolution and the rise of Napoleon. His most financially successful period followed the Congress of Vienna in 1815, despite several unhappy love affairs and continuous worry over his nephew, Karl.

Beethoven is a concise, illuminating biography of a true virtuoso.