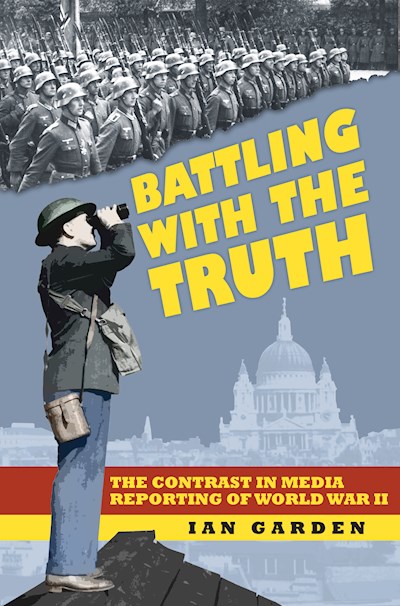 ‘Think of the press as a great keyboard on which the government can play.’ – Joseph Goebbels, Reich Minister of Public Enlightenment and Propaganda Dunkirk, Stalingrad, the Dieppe Raid: there were many bloody and gruesome conflicts fought during the Second World War, yet there was one vital and aggressive battle in which no blood was directly shed – that of the warring nations’ battle with the truth. In Battling With the Truth (a follow-up to The Third Reich’s Celluloid War) Ian Garden offers fascinating insights into the ways by which both the Axis and Allies manipulated military and political facts for their own ends. By analysing key incidents and contemporary sources from both British and German perspectives, he reveals how essential information was concealed from the public. Asking how both sides could have believed they were fighting a just war, Garden exposes the extent to which their peoples were told downright lies or fed very carefully worded versions of the truth. Often these ‘versions’ gave completely false impressions of the success or failure of missions – even whole campaigns. Ultimately, Battling With the Truth demonstrates that almost nothing about war is as clear-cut as the reporting at the time makes out. From the past, we can learn valuable lessons about the continuing potential for media manipulation and political misinformation – especially during wartime.