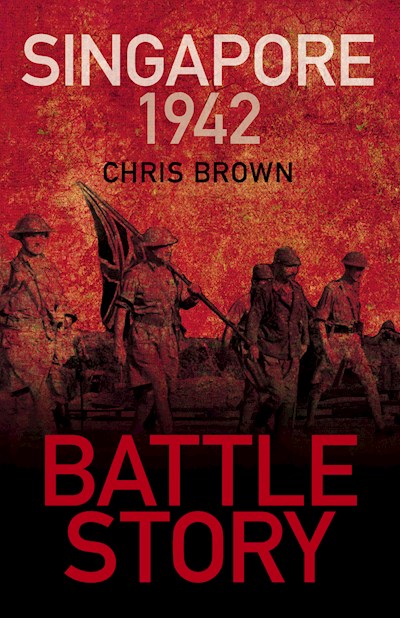 The Fall of Singapore remains a crushing defeat that sent shockwaves around the British Empire during the Second World War. Singapore had always been seen as an impenetrable fortress that would protect the British Empire’s stake in the Far East – a legacy of the great days of global dominion. The British Army were aware of the threat to Singapore and Malaya from the first days after Pearl Harbor, but they viewed the Japanese Army as an inferior fighting force, incapable of standing up to the defences and trained troops of the British. Yet, in December 1941 the Japanese launched a swift attack on the Singapore airfields, nearly wiping out the entire fleet of RAF frontline aeroplanes. On 10 December the Japanese also destroyed two of the Royal Navy’s premier battleships off the Malay coast. Suddenly, the fate of Singapore rested solely in the hands of the Army. Despite having 90,000 British soldiers posted in Singapore they were quickly overwhelmed by the speed and ferocity of the invading Japanese forces, numbering 75,000 men. The brutality of the Japanese tactics and their sheer ferocity shocked the British and they were soon forced to retreat. By January/February 1942 the British last stand melted away and the Japanese swept into the city, slaughtering those who stood in their way. Over 100,000 men were taken prisoner and many thousands (possibly up to 50,000) residents of the city were massacred. To understand what happened and why read Battle Story.