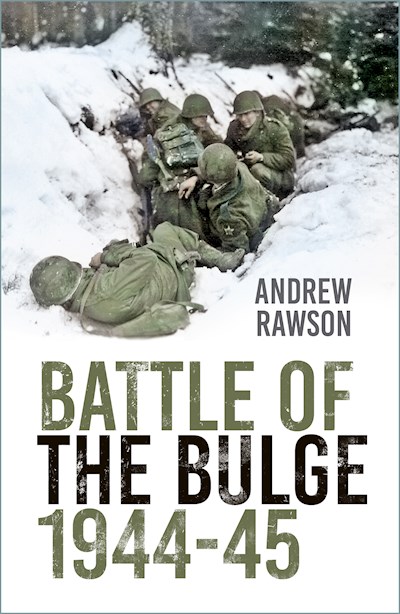 In December 1944 the German military made their final attempt to end the Second World War by throwing in all their reserves in a desperate attempt to shatter the Allied lines. After breaking through the American-held sector in the Ardennes, two Panzer armies headed for the bridges over the River Meuse. However, a combination of poor planning, bad weather, tortuous terrain and above all, the determined defence of key towns and villages, such as Bastogne and St Vith, delayed the advance. The Allies were able to hold the northern and southern shoulders of the attack, hemming the Germans in. The Bulge had been created, and as the fortunes of battle were reversed, the Allies struck back. This book gives a clear, concise account of those dramatic days at the end of 1944, supported by a timeline of events and orders of battle. Over fifty photographs illustrate the events during this momentous campaign.