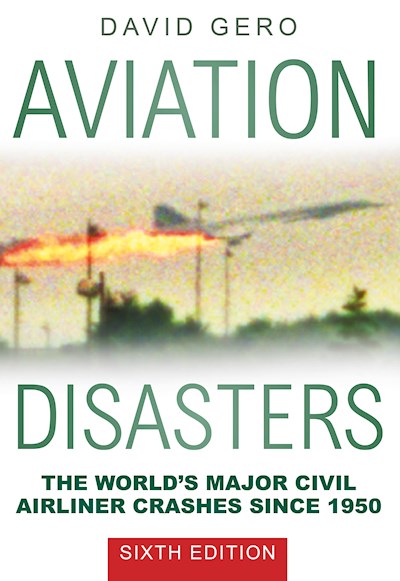 Flying as an airline passenger is, statistically, one of the safest forms of travel. Even so, the history of civil aviation is littered with high-profile disasters involving major loss of life. This new edition of the authoritative work on the subject brings the grim but important story of air disasters right up to date. David Gero assembles a list of major air disasters since the 1950s across continents. He investigates every type of calamity, including those caused by appalling weather, mechanical failure, pilot error, inhospitable terrain and hostile action. The first incident of sabotage involving a commercial jetliner is covered, as is the first, much-feared crash of the jumbo jet era. Examined alongside less well-known disasters are high-profile episodes such as that of Pan American Flight 103 at Lockerbie in 1988, the Twin Towers tragedy of 11 September 2001 and, more recently, the disappearance of Malaysia Airlines Flight 370 in 2014 – the greatest mystery of the commercial jet age. Aviation Disasters is the authoritative record of air disasters worldwide, fully illustrated with a fascinating selection of photographs.