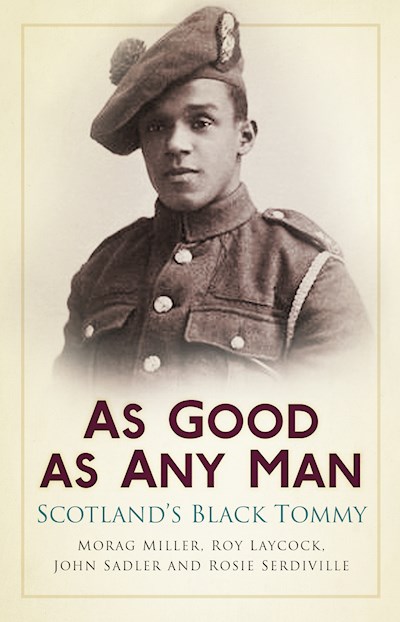 When the harrowing Great War diaries of one of Britain’s first black soldiers were unearthed in a dusty Scottish attic nearly 100 years after they were written, they posed a bit of a mystery. The diary entries – ranging from May 1917 to March 1918 – were written by one Arthur Roberts while he served initially with the King’s Own Scottish Borderers before being transferred to Royal Scots Fusiliers in 1917. He details what life was like for him during the First World War, how he survived the Battle of Passchendaele, and how he escaped unscathed when a German shell killed a dozen men round him. Yet Arthur was an otherwise unknown man – what was the rest of his life like? Now, Morag Miller and Roy Laycock have painstakingly researched Roberts’ life history, filling in the gaps. From his birth in Bristol, to his life in Glasgow and time at the front, they provide here much more than just a war memoir. This is a unique history of one man’s remarkable life. Beautifully illustrated with Roberts’ own accomplished photographs and artwork, As Good As Any Man is the remarkable biography of one of Britain’s black Tommies.