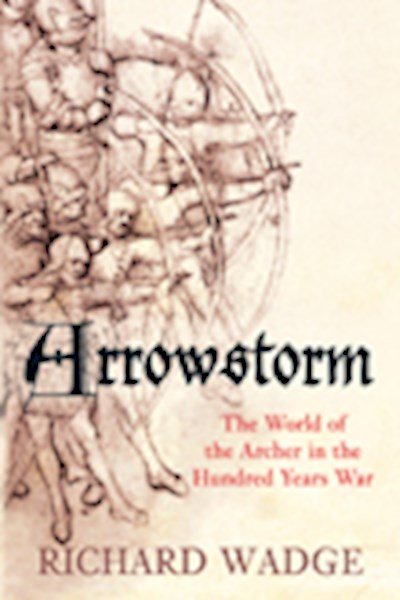 This book chronicles the overwhelming importance of the military archer in the late medieval period. The longbow played a central role in the English victory at the battles of Crecy and Agincourt. Completely undermining the supremacy of heavy cavalry, the longbow forced a wholesale reassessment of battlefield tactics. Richard Wadge explains what made England's longbow archers so devastating, detailing the process by which their formidable armament was manufactured and the conditions that produced men capable of continually drawing a bow under a tension of 100 pounds. Uniquely, Wadge looks at the economics behind the supply of longbows to the English army and the social history of the military archer. Crucially, what were the advantages of joining the first professional standing army in England since the days of the Roman conquest? Was it the pay, the booty, or the glory? With its painstaking analysis of contemporary records, Arrowstorm paints a vivid portrait of the life of a professional soldier in the war which forged the English national consciousness.