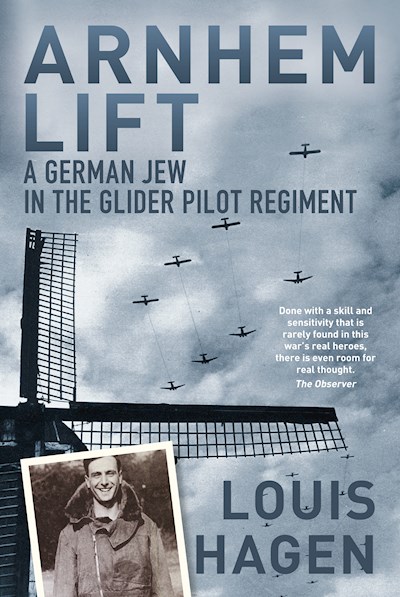 Of the 10,000 men who landed at Arnhem, over nine days 1,400 were killed and more than 6,000 – about a third of them wounded – were captured. It was a bloody disaster. The remarkable Louis Hagen, an ‘enemy alien’ who had escaped to England having been imprisoned and tortured in a Nazi concentration camp as a boy just a few years earlier, was one of the minority who made it back. What makes this book so unforgettable is not only the breathtaking drama of the story itself, it is the unmistakable talent of the writer. The narrative was first published anonymously in 1945.45 years later at a dinner party in Germany, Louis Hagen met Major Winrich Behr, Adjutant to Field Marshal Model at Arnhem. Louis added his side of the story to add even more insight to the original work.