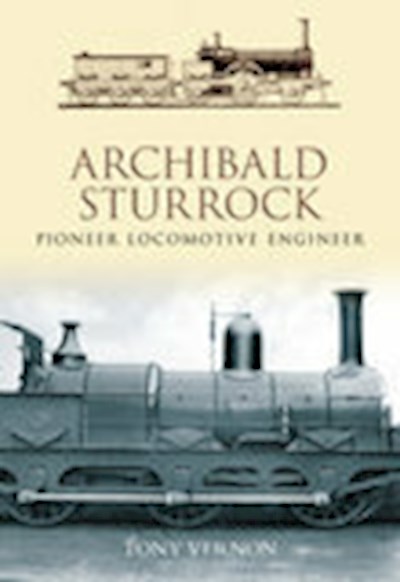 Born in 1816, by 1840 Sturrock was involved with Brunel and Gooch in establishing the Great Western Railway's works at Paddington and new town at Swindon. On Brunel's recommendation, Sturrock was appointed locomotive engineer for Great Northern Railway, and he designed the locomotives and carriages which established East Coast main line's reputation for comfort and punctuality. He later played a lead role in establishing the Yorkshire Engine Co. In 1863 Sturrock invented the steam tender, the predecessor of the locomotive booster, an auxiliary engine designed to give extra power at starting or at low speeds. Sturrock's later life comprised a lengthy retirement - 43 years - of hunting, shooting and fishing. The slightly ambiguous nature of his taking up retirement just after a costly steam tender failure has also ensured Sturrock a place as a topic for revisionist locomotive historians. Written by his great-great-grandson, Tony Vernon, this intimate biography offers an insight into Sturrock's family life as well as his professional life.