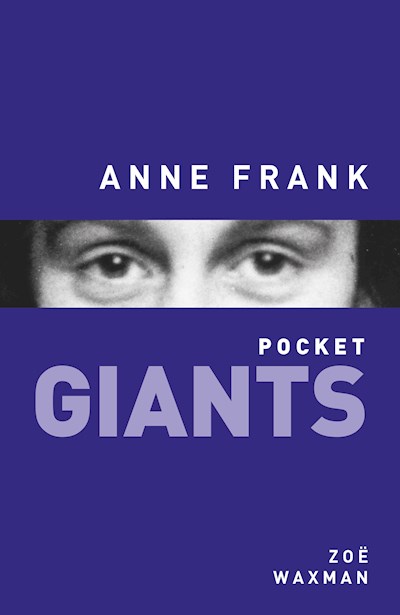 ‘Zoë Waxman‎'s Anne Frank is all the more powerful for its unsentimental clarity. A timely reminder of life without human rights.’ Shami Chakrabarti

The Diary of Anne Frank is one of the most famous – and bestselling – books of all time. Yet the girl who wrote it remains an enigma. The real Anne Frank has been lost, hidden behind the phenomenon that her posthumously published Diary produced.

This concise biography will rediscover Anne Frank: telling her story from the beginning to the tragic end. It will place her life within the wider context of the Holocaust itself, and also explore her afterlife: seeking to explain why her Diary still speaks to us today.

Zoe Waxman is a senior research fellow at the Oxford Centre for Hebrew and Jewish Studies. She was educated at the universities of York, Warwick, and Oxford and was previously lecturer in history at Mansfield College, Oxford and then lecturer and fellow in Holocaust Studies at Royal Holloway, University of London. She has published widely on gender, genocide, and the history of ideas. Her first book was Writing the Holocaust: identity, testimony, representation (OUP, 2006). Her next book, A Feminist History of the Holocaust is under contract with OUP