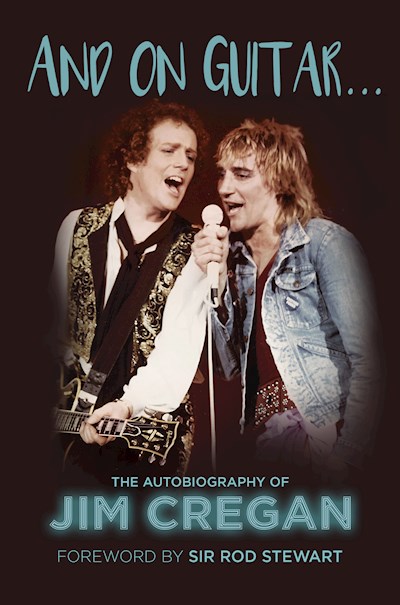 JIM CREGAN’s career as a rock guitarist, songwriter and producer has spanned over fifty years, touring and recording albums with stars such as Elton John, Cat Stevens, Family, Willie Nelson, Steve Harley and Cockney Rebel, Joe Cocker, The Gypsy Kings, and Katie Melua, among many others. However, he is perhaps best known for his forty-year association with Rod Stewart, not only as his guitarist but also as best friends and godfathers to each other’s children. In his autobiography Jim Cregan lifts the lid on his extraordinary life, recounting his experiences with music’s biggest stars, from his first band at the age of 14 playing in youth clubs in Poole to performing in front of 350,000 people in Rio de Janeiro. In And on Guitar . . . nothing is held back: Cregan’s early life and anecdotes about his family, shenanigans on the road, extraordinary tales of hedonism, love and loss, his stories feature a Who’s Who of music’s biggest stars.