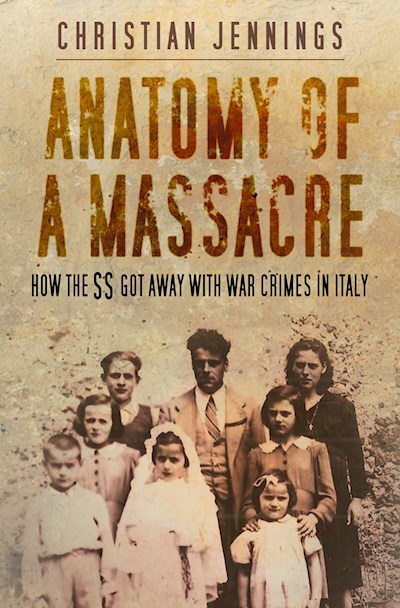 There isn’t any triumph, there isn’t any happy ending in the story of Sant’Anna di Stazzema, but there is a resolute affirmation of the continuing strength of the human spirit.

At dawn on 12 August 1944, German SS troops arrived in the Tuscan mountain village of Sant’Anna di Stazzema. On arrival, they proceeded to murder up to 560 Italian civilians in the olive groves and chestnut woods of the small hamlet. The victims were women, the elderly and over eighty children. One was a baby barely three weeks old. It was the most high-profile massacre committed by the Nazis in Italy – and yet, despite three separate war crimes investigations, the Sant’Anna killers escaped justice. Sixty years later, ten of the SS men who were at Sant’Anna were sentenced to life imprisonment in absentia by Italian courts, but they died free. Anatomy of a Massacre tells the full story of what happened at Sant’Anna di Stazzema – from Tuscany to Rome and Germany – and tries to answer the question: why were the survivors denied justice?