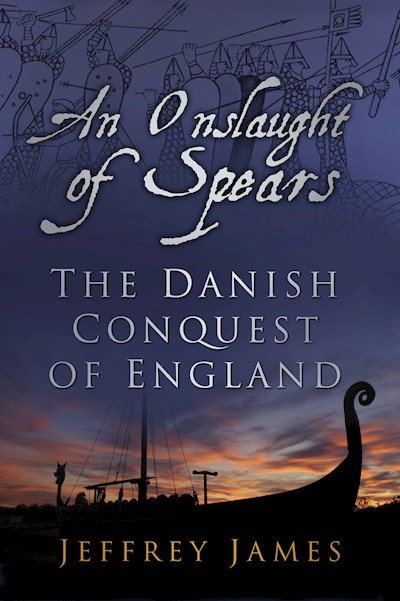 After more than 200 years of menacing Viking attacks, England fi nally fell under Danish control in 1016. While earlier kings of Wessex had pushed back the tide of Danish encroachment, wave after wave of incursions from powerful Scandinavian raiders – such as fierce Thorkill ‘the tall’, wily Olaf Tryggvason and the redoubtable Swein Forkbeard – caused Aethelred II’s English forces to eventually buckle under the mounting pressure. Though losing and then regaining his kingdom through force of arms makes him one of only two English monarchs ever to do so, Aethelred’s military reputation has, as a result of bias, become irrevocably tarnished. And no less misunderstood is his son Edmund (Ironside), whose energetic campaign against Cnut in 1016 would decide England’s fate. An Onslaught of Spears comprehensively chronicles the events in England from the late eighth century to Cnut’s victory in 1016. Linking the Danish invasion to the Norman conquest that took place just fifty years later and challenging the myth of Aethelred ‘the Unready’, Jeffrey James’s military history of this turbulent period reveals the true nature of England’s armies and her kings.