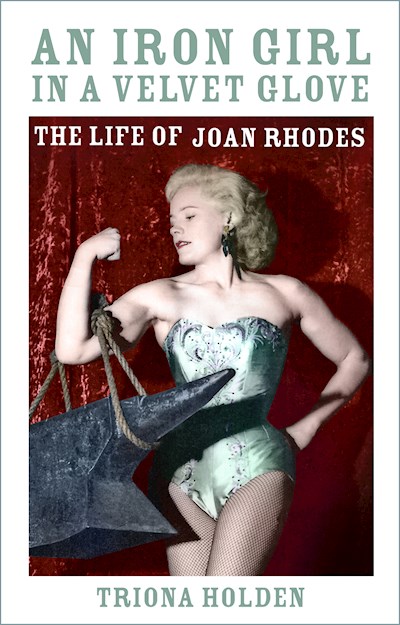 Joan Rhodes would leave audiences speechless as she bent steel bars with her teeth, ripped large phone books into quarters, and lifted two men at a time. But what she did was real. Joan had a superstrength, forged out of desperation to survive. Born into poverty in 1920s London and abandoned by her parents, Joan endured a spell in the workhouse. Despite the worst possible start, she made it to the top of her profession to rub shoulders with the likes of Fred Astaire, Bob Hope and Sammy Davis Jnr. Joan's crowning glory was to perform for the Queen at Windsor Castle, and along the way she made lifelong friendships with Marlene Dietrich, Quentin Crisp and Dame Laura Knight. Biographer Triona Holden met Joan in her later years. When Joan passed away, Triona set out to secure her friend’s place in history. She appeared on the show The Repair Shop to tell the strongwoman’s story, and sifted through archives to retrace her journey to stardom. Joan saw herself as a freak, but in truth she was a champion for the so-called fairer sex. At a time when women were still groomed for marriage, An Iron Girl in a Velvet Glove tells the fascinating and tumultuous story of a woman who followed her own unique path.