An American on the Western Front 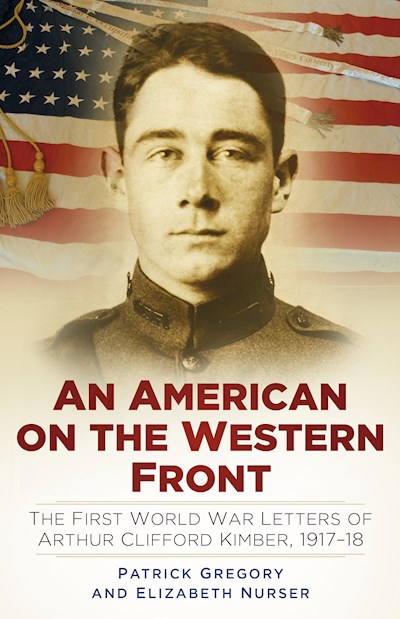 An American on the Western Front

This is the remarkable story of the American First World War serviceman Arthur Clifford Kimber. When his country entered the Great War in 1917, Kimber left Stanford University to carry the first official American flag to the Western Front. Fired by idealism for the French cause, the young student initially acted as a volunteer ambulance driver, before training as a pilot and taking part in dogfights against ‘the Boche’.

His letters home give a vivid picture of what Kimber witnessed on his journey from Palo Alto, California to the front in France: keen-eyed descriptions of New York as it prepared for the forthcoming conflict, the privations of wartime Britain and France, and encounters with former president Theodore Roosevelt and Hollywood actress Lillian Gish. Kimber details his exhilaration, his everyday concerns and his horror as he adapts to an active wartime role.

Arthur Clifford Kimber was one of the first Americans on the front line after the entry of the US into the war and, tragically, also one of the last to be buried there – killed in action just a few weeks before the end of the war. Here, his frank letters to his mother and brothers, compiled, edited and put in context by Patrick Gregory and Elizabeth Nurser, are published for the first time.