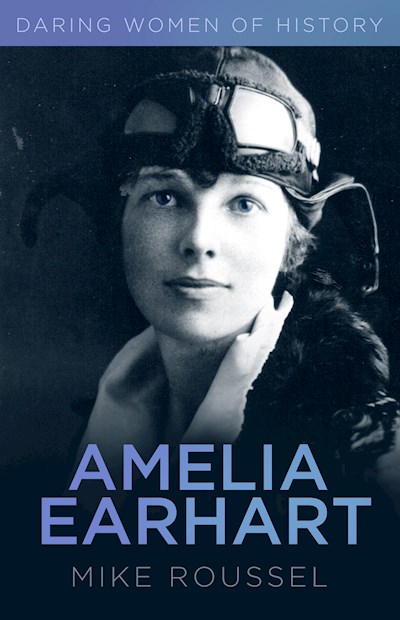 A pioneering aviator and advocate of women’s equality, Amelia Earhart was, and continues to be, an inspiration to people the world over. Her fierce determination to break records and push the boundaries of aviation led her to become the first woman to fly solo across the Atlantic Ocean in 1932, as well as the first person (man or woman) to fly solo the trans-Pacific flight from Hawaii to California in 1935. Not content to leave it at that, Amelia set her sights on becoming the first woman to circumnavigate the world, but her brave attempt was cut short when she and her navigator, Fred Noonan, vanished over the Pacific Ocean on the final stretch of the challenge in 1937. Eighty years on and our fascination with Amelia Earhart continues. Here, Mike Roussel charts her life and experiences, exploring the investigations and theories surrounding her mysterious disappearance and revealing the naturally courageous spirit that made her one of the most daring of twentieth-century women.