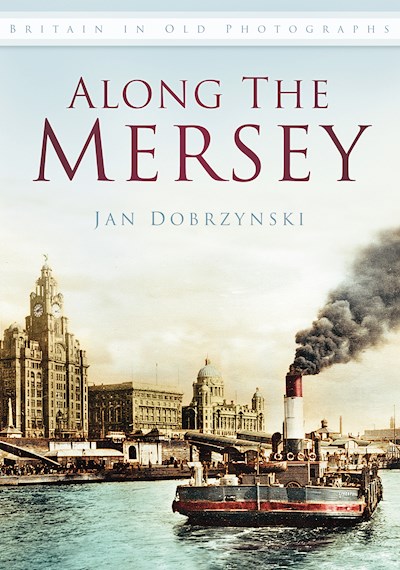 The Mersey’s 70-mile journey to the Irish Sea starts with the merging of the rivers Goyt and Tame at Stockport in Greater Manchester. At Irlam the course of the Mersey is briefly diverted into the Manchester Ship Canal, where its waters combine with another captive river, the Irwell. Soon released from this manmade constraint the Mersey continues to flow unimpeded for the remainder of its journey – flowing past Warrington and through the Runcorn Gap – into the throat of Liverpool Bay. For centuries the Mersey has served as the natural boundary between Cheshire and Lancashire, its tidal flow washing through the developing conurbation of Merseyside which comprises the port of Liverpool, Birkenhead and the former coastal resort of New Brighton at the mouth of the estuary. This book takes the reader on a journey in words and pictures along the lower reaches of the river, its navigable companion the Manchester Ship Canal and the coast of Liverpool Bay, using more than 200 old photographs. It is a record of a major waterway with its ports, docks, warehouses, cargo ships and ocean liners immortalised by past generations of photographers for the benefit of visitors and travellers from around the world.