By Dr Andrew May 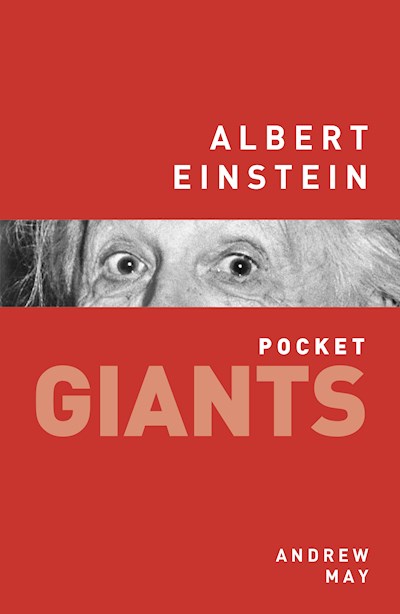 By Dr Andrew May

Everyone has heard of Albert Einstein and everyone knows that he was a genius. Yet only a few people understand his work. In fact, he was just one of many brilliant scientists grappling with the deepest problems of theoretical physics during the first half of the twentieth century. He may not have been the most important or influential of them – the point is arguable – but there is no doubt he was the most revolutionary. Almost single-handed, he transformed the way the world thinks about light, matter, space and time.

In the sixty years since his death Einstein has become a legend. The profound obscurity of his theories has contributed to this, as has his archetypal “mad scientist” appearance. His philosophical and political utterances – both real and imagined – are regularly used to clinch arguments online or in the pub. So how can a modern reader separate myth from reality? This short book attempts to do just that!

ANDREW MAY has a degree in Natural Sciences from Cambridge University and a PhD in astrophysics from Manchester University. He went on to work in the shadowy world of defence science and now earns his living as a freelance writer and defence consultant. He is author of Isaac Newton pocket GIANT (2015).