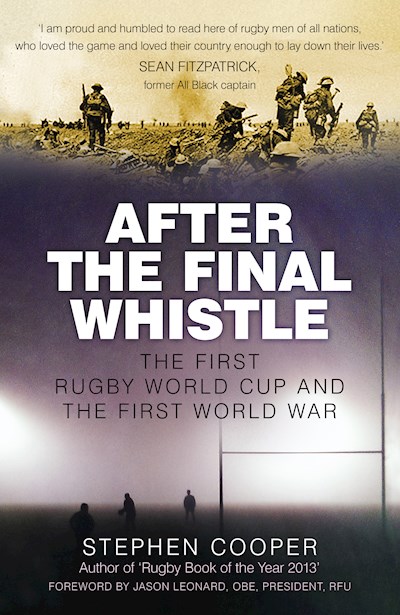 As Britain’s Empire went to war in August 1914, rugby players were the first to volunteer. They led from the front and paid a disproportionate price. In 1919, a grateful Mother Country hosted a rugby tournament: sevens teams at eight venues, playing 17 matches to declare a first ‘world champion’. There had never been an international team tournament like it. For the first time teams from Australia, Canada, New Zealand, South Africa, Britain and France were assembled in one place. Rugby held the first ever ‘World Cup’. It was a moment of triumph, a celebration of military victory, of Commonwealth and Allied unity, and of rugby values, moral and physical. In 2019 the modern Rugby World Cup moves to Japan in the Centenary of the King’s Cup. With a foreword by Jason Leonard, this is the story of rugby’s journey through the First World War to its first World Cup, and how those values endure today. 'After The Final Whistle' was shortlisted for the 2016 Cross Sports Book of the Year award.