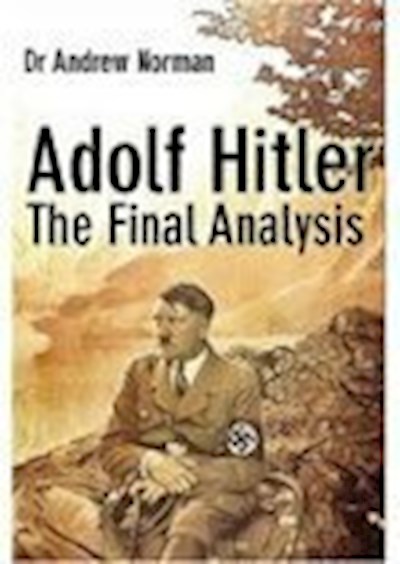 In this ground breaking book, the author bring medical science to bear on Adolf Hitler, and sheds an entirely new light on 'The Fuhrer' in terms of his physical and psychological make-up, proving that he suffered from a serious medical disorder and inbreeding. Hitler's pathological, racial prejudices led to the deaths of over 30 million people in World War II. His colossal military blunders prevented his commanders from driving home their advantage at Dunkirk and Stalingrad. Throughout his life he failed to make close friends. He failed to make satisfactory relationships with women whom he used to indulge his bizarre sexual perversions. He exhibited peculiar mannerisms and gesticulations and outbursts of temper. In this revolutionary re-appraisal of Hitler, the author explains such bizarre behaviour by postulating that Hitler was in fact suffering from a serious mental disorder, which in turn was due to the adverse genetic effects of inbreeding in his family.