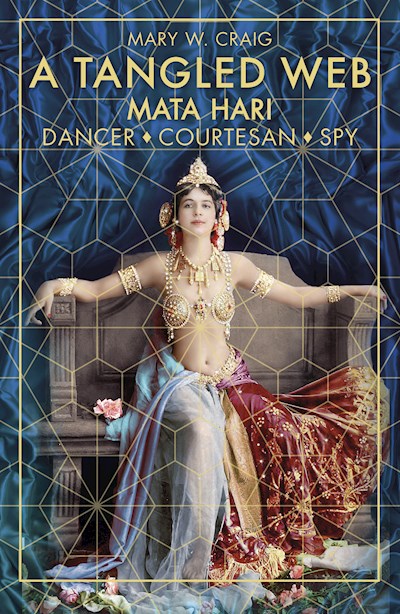 In this new biography, published to coincide with the 100th anniversary of her execution, Mata Hari is revealed in all of her flawed eccentricity; a woman whose adult life was a fantastical web of lies, half-truths and magnetic sexuality that captivated men. Following the death of a young son and a bitter divorce, Mata Hari reinvented herself as an exotic dancer in Paris, before finally taking up the life of a courtesan. She could have remained a half-forgotten member of France’s grande horizontale were it not for the First World War and her disastrous decision to become embroiled in espionage. What happened next was part farce and part tragedy that ended in her execution in October 1917. Recruited by both the Germans and the French as a spy, Mata Hari – codenamed H-21 – was also almost recruited by the Russians. But the harmless fantasies and lies she had told on stage had become part of the deadly game of double agents during wartime. Struggling with the huge cost of war, the French authorities needed to catch a spy. Mata Hari, the dancer, the courtesan, the fantasist, became the prize catch.